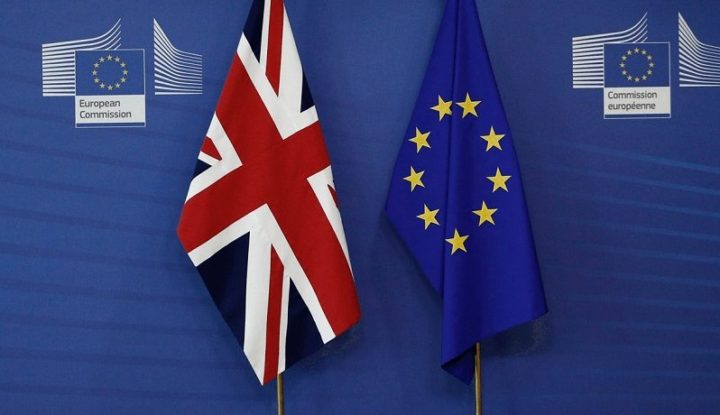 Brexit, Britain’s split from the European Union, will have ripple effects across economic industries. The art and antique industry is no exception. But exactly what Brexit means for antiquing in Europe is up in the air. “Art and Antiques” has been an active, categorical fixture in the marketplace for more than a hundred years. However, industry experts anticipate Brexit will have multiple impacts. While some are optimistic about the outcomes, others caution a backlash. For example, will the UK seize Brexit changes as a golden opportunity to improve its competitive position in the global antique market? Or will Brexit hinder the UK’s art and antique market by making it more difficult for dealers to conduct business within Europe and around the world?

Here, we weigh Brexit’s potential pros and cons on the antique collecting and trading industry. Ultimately, Brexit means changes for antiquing in Europe.

The pound may lose its value against the Euro, but this could be a good thing. For example, merchandise brought from the UK would offer better value for money in the broader European market. Plus, a weaker pound presents significant opportunities for sellers. Why? It is extremely attractive to foreign buyers and thus has the potential to drive significant competition from bidders across the world. This will make buying antiques and art in the UK much cheaper. Likewise, it may galvanize the antique collecting and trading market in the UK.

Brexit may present the government with opportunities to remove unnecessary red tape that discourages buyers and sellers. Some possible actions include removing costs and regulatory burdens imposed on the British art market. For example, Britain may now be able to make beneficial changes on issues such as VAT on art imports, export licensing, and legislation that restricts artist resale rights. If accomplished, new changes could amount to a significant boost to the British art and antique market.

In terms of cross-border trade, the British art market consists of around 20% of trade with the European Union and around 80% with non-EU countries. The London antique trading market, in particular, has a large and global presence. Therefore, the concern of many antique art dealers in the UK is how the UK will compete with other international centers of art such as New York, Hong Kong, and Switzerland. Other EU countries lack the international competitive edge that the UK enjoys. The EU is more focused on harmonization rather than stimulating individual antiques trading markets. Brexit could allow the UK to think strategically. As a result, it could become one of the leading centers of art and antique trading in the world – and not just the EU.

London as the center of the international art market in Europe

Brexit may already be building momentum for the art and antiques market. According to Christopher Battiscombe, Director General at the Society of London Art Dealers (SLAD), “Many measures introduced by the EU have been far from helpful to the art trade and I do not see any other European city supplanting London as the centre of the international art market. In this respect it has been interesting to note the large number of European dealers establishing branches in London since the EU referendum.”

The art and antiques market could even see a boom given Brexit. Antiques sold to EU countries would be considered an export. Therefore, VAT charged on antiques could be reclaimed. Moreover, the threat of an increase in import VAT across the EU is a concern for many antique dealers and auction houses. When the UK leaves the EU customs union, imports from the EU will become subject to the same rules as imports from outside the EU. Essentially, the government could determine an even lower rate of import VAT.

The Artist’s Resale Right (ARR), is one of the biggest impediments to the development of the antique trading market in the UK. With Britain leaving the EU, the government could see a benefit to scrapping the ARR altogether. This would enable London to compete on a level playing field, especially with other cities that do not charge the ARR. Consequently, many people would feel inclined to buy antiques in London.

Merchandise brought from the EU might offer a lower money value in the UK market. While a weaker Pound against the Euro offers a potential benefit to sellers buying antiques and art within the UK to sell internationally – the same may not be true on the flip side.

What Brexit means for antiquing in Europe could result in additional paperwork. According to Anthony Browne, Chairman of the British Art Market Federation (BAMF), one of their focuses is customs clearance and the speed of cross-border trade. Dealers should use experienced carriers and professional agents to facilitate filing forms. Established shippers are prepared to handle the formalities in warehouses to minimize administrative paperwork at the borders. Also, UK export licenses are still paper-based. BAMF has been pressing for digital export licenses, for which the government has now allocated funds to begin trial runs. There may be snags that cause delays and costs as the process becomes more familiar.

According to Freya Simms, Chief executive of LAPADA, major shippers have provisioned for bonded warehouses. Therefore, stock can clear customs as well as be temporarily housed without import duties. However, “smaller, independent dealers might have issues adapting and continuing to run profitably in the face of increased paperwork, cash flow considerations and access to their stock,” Simms says. “For these dealers, which make up a large percentage of our membership, the reality of Brexit could place a disproportionate administrative and financial burden.”

“To complete customs clearances and prepare documents, shippers will need full descriptions, number of packages, gross/net weights, values, and currencies. Dealers will have to make sure their paperwork is compliant and sent to the shippers in advance before export,” says Victor Khureya, Operations Director at specialist shipper Gander and White.

The British Antique Dealers’ Association (BADA) recommends considering the use of a specialist shipper or carrier for all shipments. “Dealers will need to ensure that the correct customs classification codes and procedure codes are used,” says Mark Dodgson, Secretary-General of BADA. “Those expecting to move goods between the UK and the EU should make sure they have an EORI number.”

Common barriers to trade that exist between different nations will certainly have a strong impact. Brexit may lead to an increase in import VAT on art as the government focuses on VAT in an effort to raise funds. As more people leave the UK with their antique art, EU countries may be forced to levy import VAT on the antiques upon importation into the EU. This would make the UK less attractive as an antique trading and investment destination. As a result, it may lead to a decline in the antique trading market in the UK.

Loss of valuable artworks and antiques

Art collectors may decide to leave the UK for other countries with favorable markets. If so, they may leave with important artwork and antiques. One scenario is buyers purchase culturally valuable art and antiques and keep them within the UK. However, the lack of finances may make this an unlikely option. With dwindling public finances, there will be less funding available for antique trading. If the situation continues, public museums may be forced to start charging visitors to view antiques in their collection. This could result in significant antiques leaving the country.

What Brexit means for antiquing in the EU

Overall, there seems to be real optimism among many power players in the British art and antique market about what Brexit means for antiquing in the UK. The potential increase in sales and revenue from taxes and jobs in the art and antique industry are positive changes Brexit may bring. There will be a two-year period of negotiation, though. Trade and market relations between the UK and other EU countries may remain the same during the negotiation period.

The antique collecting and trading market has survived major market collapses. It has even thrived during market breakdowns due to wars and other economic collapses. Given the history, antiquing will very likely survive Brexit as well. Further, the change in the European economy may only have a local impact. It may continue to run without any major disruption globally.

Holly Morse-Ellington is a playwright and contributing writer for several arts and culture magazines. Her passion for theatre and storytelling go hand-in-hand with her love of flea markets. From hitting up miles of highway yard sales in the States to bicycling the globe in search of unique vintage artwork and accessories – there’s a story behind each purchase and every adventure.