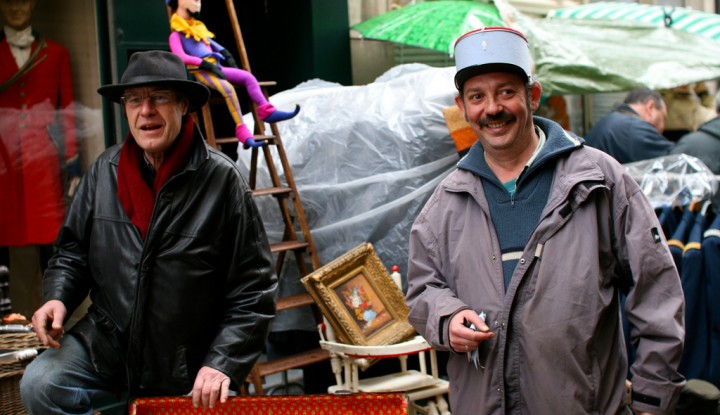 If you have already attended a flea market in France, and if you are a little bit familiar with the language of Molière, chances are that you may have heard (without even noticing it) one or two of the “commonly used” above sentences. The French jargon of junk refers to a pictorial, diverse, and quite volatile vocabulary, which evolves quickly, while remaining rooted in a century long tradition.

Knowing the meaning of some idioms belonging to this peculiar language, will grant you an undeniable advantage next time you’re haggling at your favourite Paris flea market. We’ve decrypted for you 10 idioms you will likely hear at French flea markets.

Flea Market Idiom #1. “Acheter au cul du camion” (literal: to buy something at the back of the truck)

Acheter au cul du camion means to buy something from a junk dealers, while he is still unpacking. But beware: Being an early bird is not enough. You will also need to be swift because you will compete with other professional merchant and antique dealers who also buy au cul du camion. Competition will be fierce, and your haggling margin pretty narrow.

If you hear someone talking about a five legged sheep, don’t try to look around for a quadrupedal ruminant mammals on which mother nature played a bad trick. Un mouton à cinq pattes is the equivalent of A white elephant, which in the jargon of junk refers to an exceptional object. 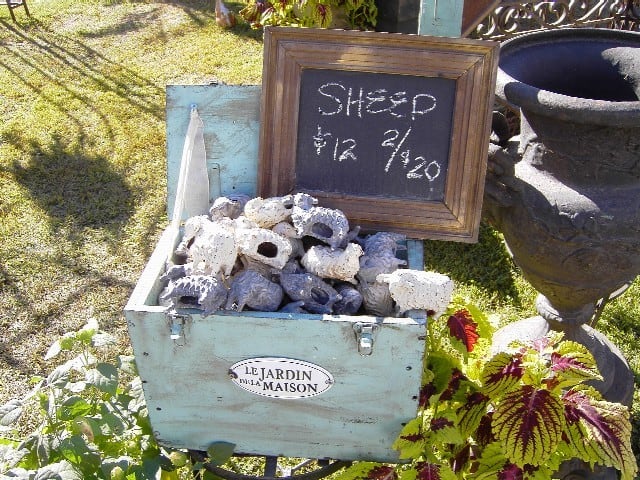 A nanar or panar is a bulky object with very little market value, which is very hard to sell.

While browsing a stall, if someone mentions that this merchant is selling some came chaude (or “hot stuff”), just go your way. Came chaude means a stolen merchandise. The came means the goods of second-hand dealer. She’s chaude (“hot”) when dubious, froide (“cold”) if not. It is franche (“honest”) if it comes directly from the house of the owner without having been reviewed by a pro before it landed on the stall. De la grande came (“big stuff”) stands therefore for an item of exceptional quality. 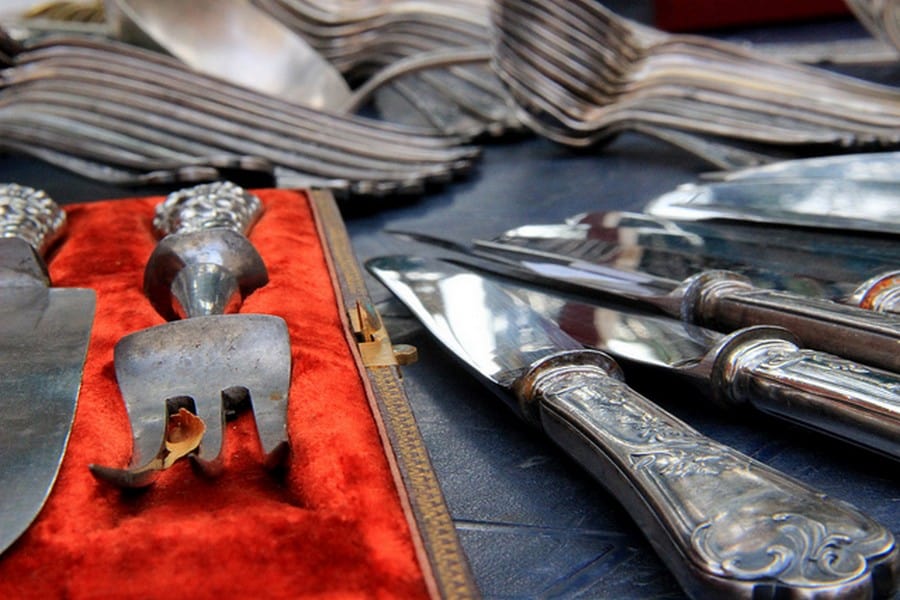 A junk dealer who has been lavé (“washed”), is not someone who particularly take care of his hygiene. This idiom simply refers to a merchant who has sold an object without making a profit.

The use of the word dérouiller refers to making the first sale of the day.

Casser un livre (literal: “To break a book”) refers to the act of selling its illustrations separately, to make a bigger profit. For instance, most small & average sized maps you can find at the flea market or in an antiques store, are taken from old encyclopedia which were broken. This practice also applies to other topics like biology, physics, medicine, botany, zoology… 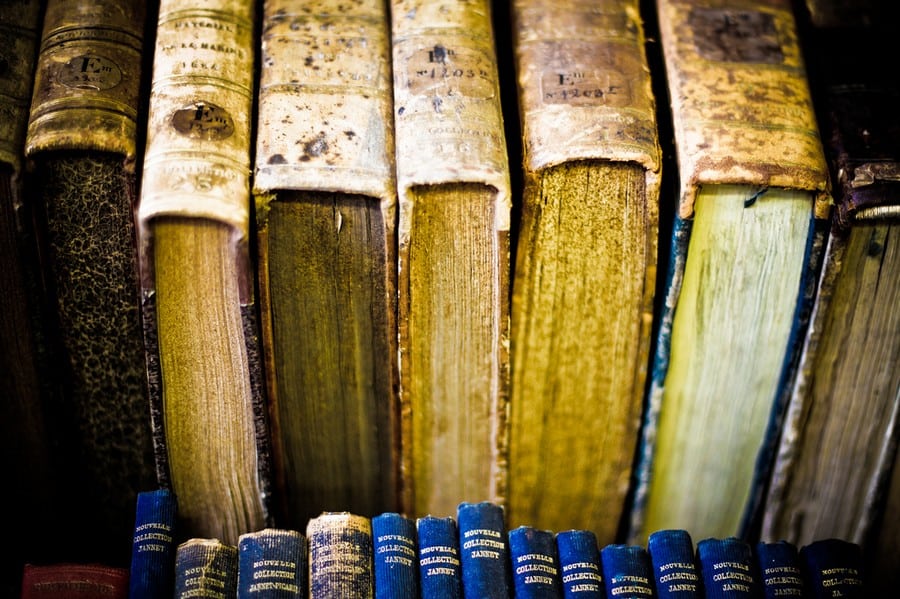 Mettre en nourrice is the act of placing a hard to sell object on the stall of another merchant, who is more likely to sell it.

One of the main concerns of flea market vendors is to make sure that they sell their stock for a profit. And paying more for an item than its actual value, is something nobody wants.  Se faire emplâtrer simply translates by getting ripped off.  Conversely, se faire déplâtrer (“to get one’s plaster removed”) refers to the act of getting out of a bad deal, or getting rid of a bad purchase. Which usually tends to happen at the customer’s expense…

If a merchant uses the sentence dans son jus, he is not giving you some tips on how to cook one of France’s national dishes. He is merely speaking of an object that is sold as it was found by the vendor, without any retouching, repair, nor cleaning.

How about you? Have you heard or are you familiar with any funny or weird expressions that typically belong to the flea market world?  Please feel free to use the comments section below to share your own contribution! 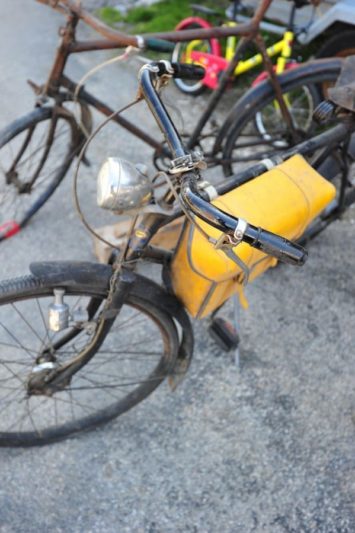 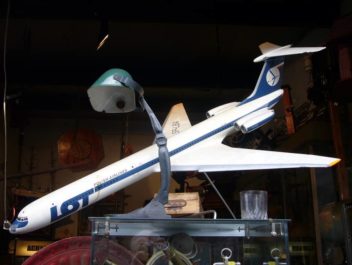 Ted Drake An airplane for Heidi 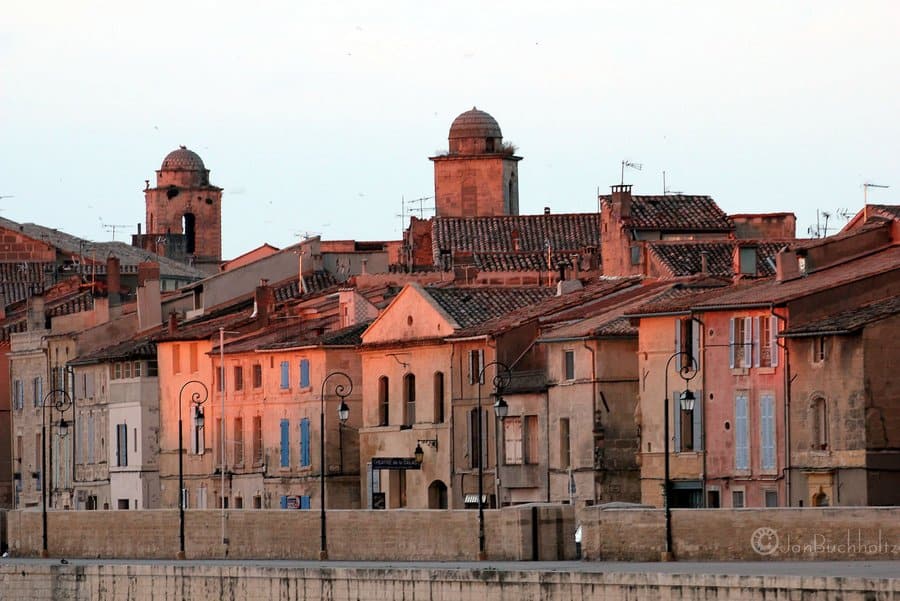 If Arles’ colourful sun-baked houses evoke a sense of déjà vu, it is simply because you’ve probably seen them already on…