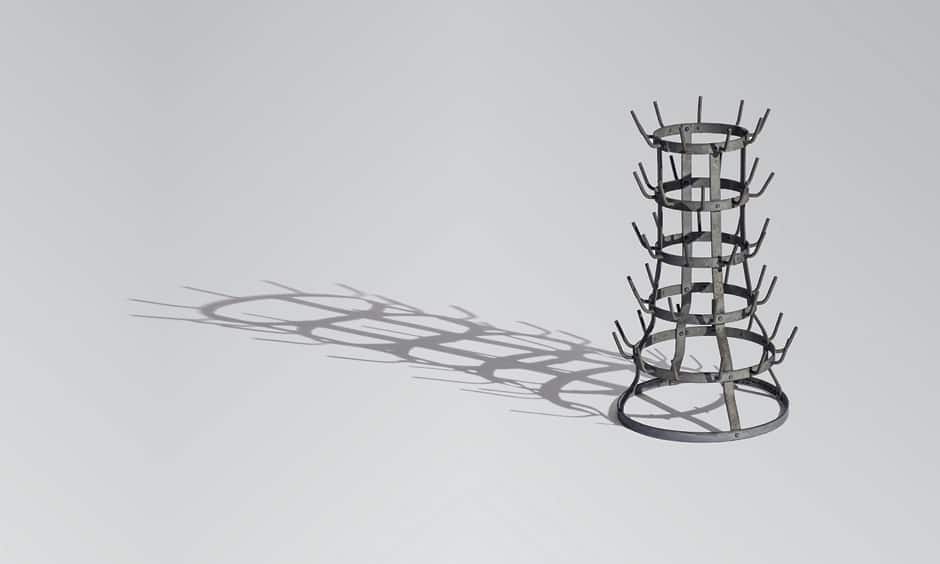 Back in 1949, the famous US artist Robert Rauschenberg (1925-2008), bought for just $3 a metal bottle rack or Porte-Bouteilles from the French art guru Marcel Duchamp. The work merely consists of a typical metal rack in galvanized iron used for the drying of wine bottles (approximately 64 × 42 cm), which was purchased in 1914 at the department store Bazar de l’Hôtel de Ville (BHV) in Paris.

Unlike some of his earlier artworks, the Porte-Bouteilles was not modified in any way, making it the first, “true” example of a readymade. Readymade is a term Duchamp (1887-1968) used to describe his collection of ordinary, manufactured objects not commonly associated with art. As André Breton wrote in 1938 in his Dictionnaire abrégé du surréalisme, a ready-made is “an ordinary object elevated to the dignity of a work of art by the mere choice of an artist.”

All in all, Porte-Bouteilles is a banal, everyday object (that can nowadays be relatively easily found at flea markets around the world), which Duchamp merely signed, and placed on a pedestal. Et voilà!

The original Porte-Bouteilles has disappeared, but the artist created replicas in the 1960s, now on display in museums. Fast forward to 2016, one of Duchamps’ Porte-Bouteilles is to change ownership for almost 13 million euros.

A work of art only a high-profile museum can afford

While the original no longer survives, the legacy of the work of Marcel Duchamp lives on, with replicas residing in prominent museums, such as the Philadelphia Museum of Art, the Norton Simon Museum, the Moderna Museet, and the Rauschenberg Foundation. Until today.

The New York Rauschenberg Foundation asked the Thaddaeus Ropac Galerie, to sell this piece of history on its behalf, for an estimated price of 12.9 million euros. The Foundation clearly specified that the Porte-Bouteilles should be exclusively purchased by a museum collection so that the work will remain accessible to the public and researchers. And despite the strict requirement, the list of potential buyers is long. 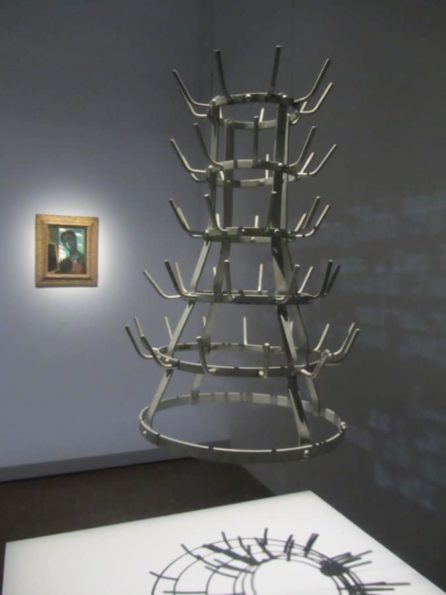 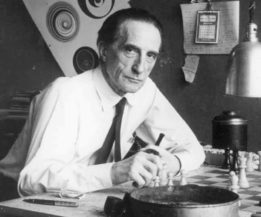 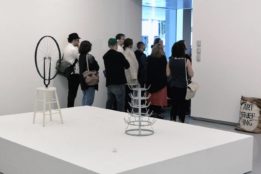 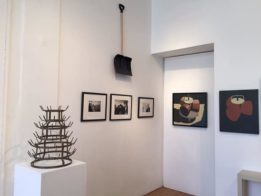 But the work will not be for everyone to have. For Ropac there is only one high-profile museum that will be able to purchase it. “After all, Duchamp is one of the most important artists of the 20th century”. And with only five original versions remaining in private collections and museums (this one is the second of the five existing), the Rauschenberg Foundation can easily dictate the terms of the sale.

Back in 1959 Rauschenberg and Duchamps participated together to a collective exhibition entitled “Art and the Found Object” at the Time-Life Reception Center in New York City. Duchamp decided to expose his original Porte-Bouteilles. He wrote to Man Ray to borrow the version he created in 1935-1936, which the American photographer he had kept in his collection. Unfortunately the object has been missing since WW2. Duchamp then asks Rauschenberg to buy one of the bottle rack from the Grand Bazar de l’Hôtel de Ville.

As Rauschenberg wrote in his notes, he learned during a conversation with Roy Moyer, the organizer of the exhibition“Art and the Found Object”, that everything was for sale. And so he decided to buy the Porte-Bouteilles. This Porte-Bouteilles is the one which will be sold on

As per the original Porte-Bouteilles, it was discarded, mistaken as garbage due to its appearance and thrown out by Duchamp’s sister and stepsister after the artist left France in 1914 for the United States. But since finding treasures at flea markets is far from being a rare occurrence (do not miss our story of 7 amazing garage sales finds purchased for a few bucks, and that later turned out to be worth millions), who knows: during your next trip to a French flea market, you could be the one who will find Duchamp’s missing Porte-Bouteilles…

Flea Market in Your Pocket: 3 apps to sell and buy vintage Furniture and Home Decor

Dreaming of a Nostalgic Christmas? The Best Places to Find Retro Toys

How to buy at auction: Barnebys, the online treasure trove

Just like flea markets, auctions are a treasure trove! Buyers can find one-of-a-kind pieces and rare collectibles, as well as… 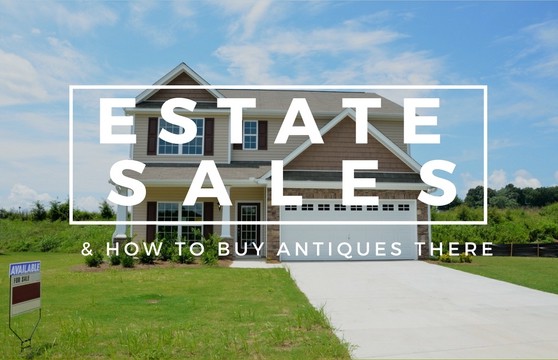 Finding quality antiques isn’t just for flea-market goers and Antiques Roadshow-enthusiasts. Whether you’re on the hunt for a whole room…