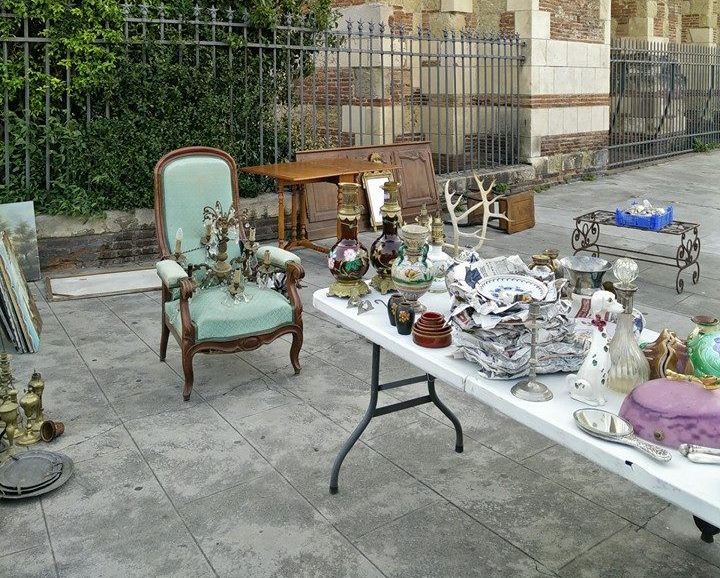 Located right in the heart of southwestern France, between the Mediterranean Sea and the Atlantic Ocean, Toulouse is one of the most remarkable sun destinations in the country. Elegantly combining heritage and lifestyle, the ‘Pink City’ is one of France’s capital city for culture, cuisine and history. No wonder why it does not leave visitors indifferent!

From the banks of the Garonne river to the Canal du Midi, passing by the Capitole square and the Cité de l’Espace, Toulouse is a city of contrasts. But it is near the Basilica Saint Sernin that truly beats the heart of the city. Especially for antiques and junk lovers.

Update: Since January 2017, the Marché à la Brocante Saint Sernin is held at a new location due to construction works around Basilica Saint Sernin. The market is now referred to as Brocante Saint Aubin and takes place in the tree-lined Boulevard Michelet around Basilica Saint Aubin. While the location has changed, the vendors and quality of goods remains the same. Once the construction works are finished, the market is expected to return to its original location (not before summer 2019).

If you like taking a walk in the morning inside in a giant bric-a-brac, to dig out old rare books, vintage cotton bed linen, old crockery, paintings, and other knick-knacks, then the Brocante Saint Sernin is the place to be. This flea market is one of the most typical and oldest flea markets in southwestern France, and one of the must-visit Saturday morning flea markets in Toulouse.

Every Saturday morning of the year, from 8 am to 1:00 pm, as many as 70 professional exhibitors gather around the walls of the Basilica Saint Sernin (and now along Boulevard Michelet), to sell a bit of everything, but mostly beautiful vintage items from the 30s to 80s, and intriguing antiques dating back to the last century. Vintage pieces of furniture, paintings, old books, posters from the 1950s, ornaments, old linen, wrought iron, trinkets and other rarities, are some of the treasures to pore over at the Brocante Saint Sernin or take back home. 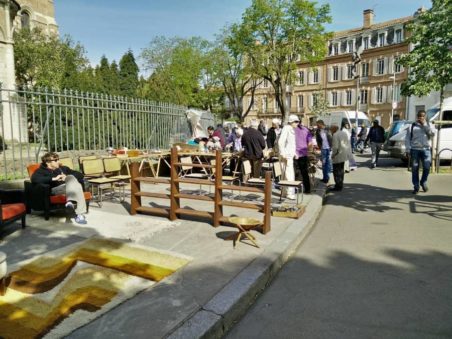 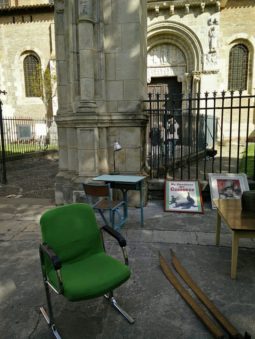 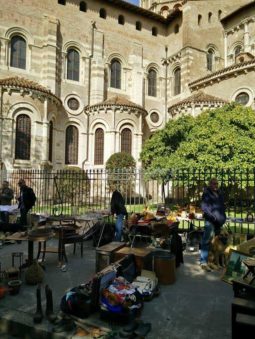 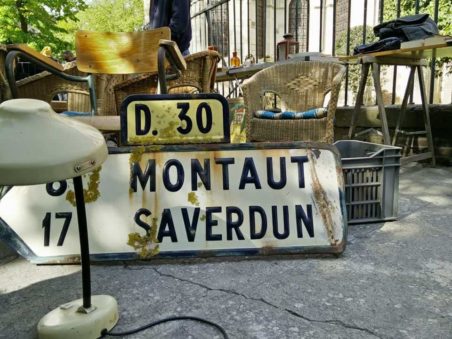 Three things that characterize the Brocante Saint Aubin / Saint Sernin, is the quality of the exhibited goods, its spirit of conviviality and the relatively fair prices charged by its merchants (particularly when compared to Paris). Talking about prices, bargaining is a generally accepted practice.

It is therefore not surprising to hear that the Brocante Saint Aubin / Saint Sernin is a popular destination among booksellers and stallholders in Toulouse, antique shops owners in the region, and other flea market enthusiasts from abroad. 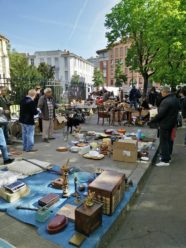 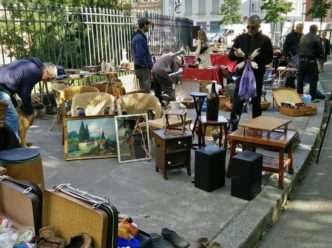 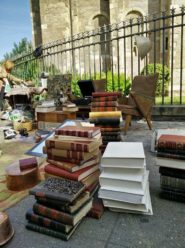 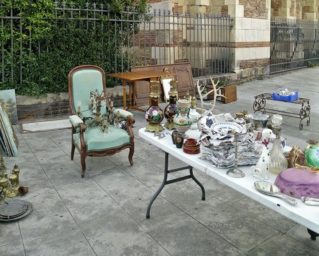 It is certainly a good thing not to be too agoraphobic since the crowd at the Brocante Saint Sernin / Saint Aubin can be a bit overwhelming some weekends. But all in all, a trip to the Saint Aubin / Saint Sernin flea market is its own reward. And as it is the case with all flea markets in southwestern France and Provence, one gets quickly enchanted by this singing and inviting accent, that is a permanent reminiscence of the conviviality and bon vivre Toulousain.

Last but not least, a trip to the Brocante Saint Sernin / Saint Aubin is also an opportunity to discover an important part of local heritage by visiting the eponymous Basilica. Constructed in the Romanesque style between about 1080 and 1120, the Basilica of Saint-Sernin is the largest remaining Romanesque building in Europe, if not the world. 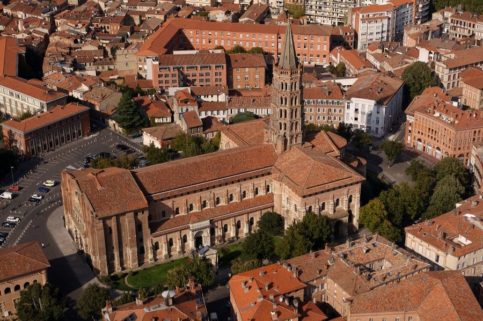 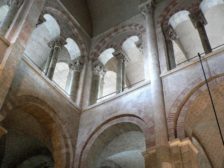 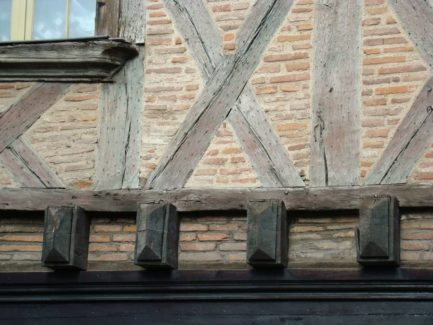 The church is particularly noted for the quality and quantity of its Romanesque sculpture. In 1998 the Basilica of Saint-Sernin was added to the UNESCO World Heritage Sites. It is today an important stop for pilgrims on their way to Santiago de Compostela, and a pilgrimage location in its own right.